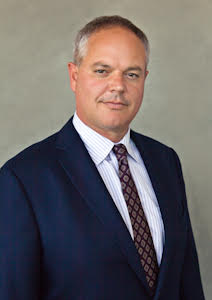 Mr. Doll is founder, CEO, and Chairman of DBM Cloud Systems, a pioneer in data management replication software for hybrid and multi cloud solutions. Established in 2016, the company announced partnerships with Pure Storage in April 2020, IBM in 2018, and Oracle 2019.

Since 2003, Mr. Doll served as Managing Director of Longstreet Ventures, a consulting and advisory firm to the venture community. Clients include GTCR, Carlyle, Oak Investment Partners, and DCM.
‍

Serving as COO and Director from 2009-2014 of Violin Memory, a flash-memory storage maker, Mr. Doll led the global field sales team from zero to $100 million in revenue in approximately four years.

From 2008-2009, Mr. Doll was Senior Vice President of Sales and Corporate Development at Fusion-io, a computer hardware and software systems company that completed an IPO in 2012 and was acquired by SanDisk’s subsidiary in 2014. There, he built the first 50 person US field team and closed initial commercial deals with Facebook and Apple.

From 2001-2002, Mr. Doll served as Vice President of Corporate Development of Recourse Technologies, a network security company that was acquired by Symantec in 2002 for $135 million.

From 1998-2001, Mr. Doll was Vice President of Corporate Development at then publicly-traded NEON, a middleware integration specialist that pioneered the application integration space and was acquired by Sybase in 2001 for ~$370 million. Recognized by America’s President Club 2000 as a top sales executive, Mr. Doll managed IBM and BEA and assisted in four acquisitions.

Mr. Doll was Business Development Manager at Oracle Corporation from 1994-1998, where he spent four years expanding sales in the US Alliances organization. As a consultant, his clients have included Oak Investment Partners, GTGR, Carlyle Group, and DCM.

Currently, Mr. Doll is a partner at Birchwood Partners, an angel fund that helps early stage companies launch, and he serves on the Georgetown College Board of Advisors.